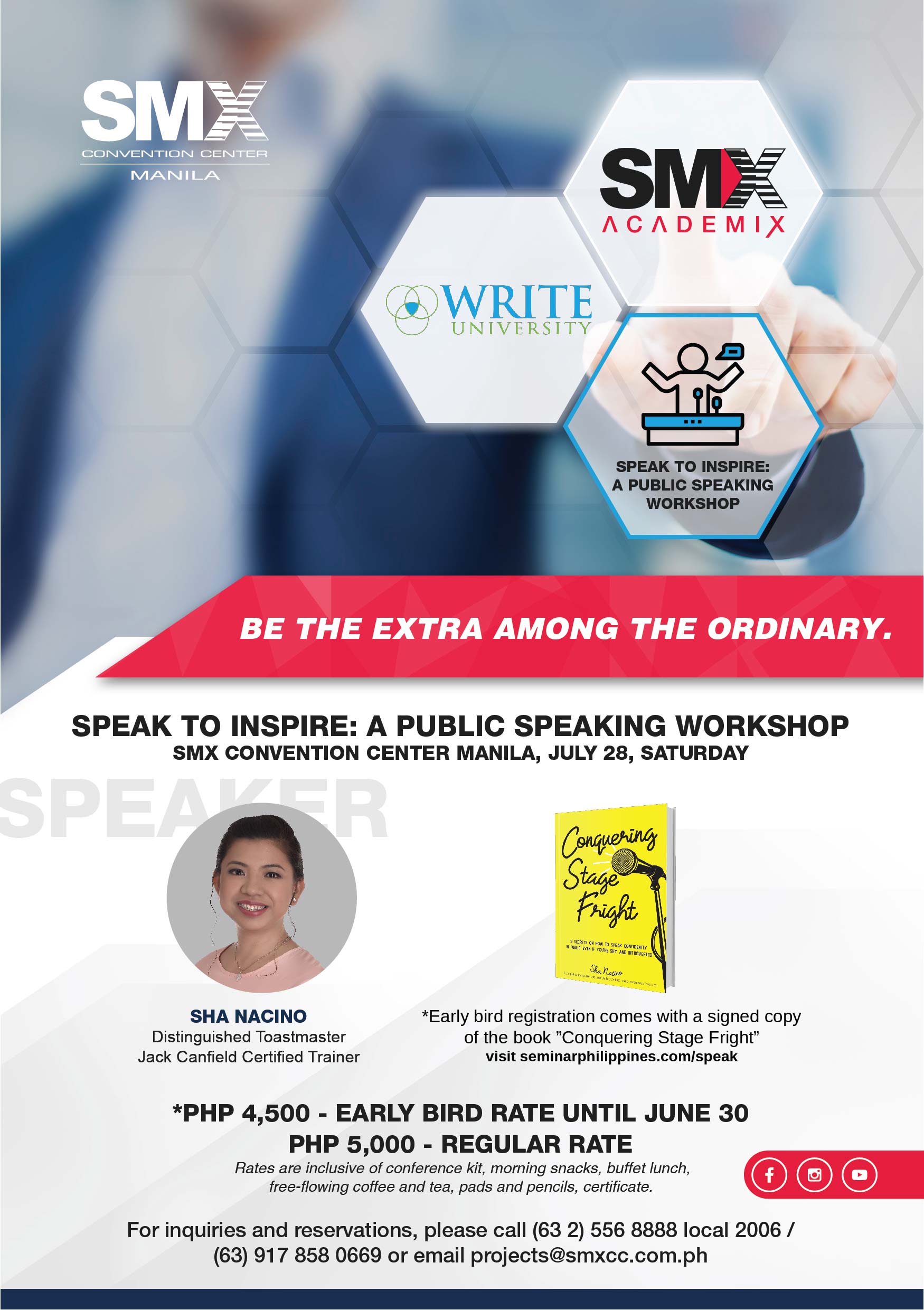 “Oh my gosh! I went shopping last weekend and they had this beautiful bag.”

“I kinda like going to the beach during my vacation leave.”

Those social conversations intimidated me. Not only was I painfully shy and introverted, I was also not used to speaking in English during normal conversations.

In the University of the Philippines (U.P.) where I graduated, our primary language was Filipino. I was more comfortable speaking in Filipino. But even Filipino was not my first language. I grew up in the province up north and our language/dialect was Ibanag. It’s safe to say that English is my third language.

I dreaded those social conversations. Sometimes I would avoid those “social” occasions not because I was anti-social but simply because I was shy.

I was blessed to have a mentor — a woman who was older than me by more than a decade.

During one of our mentoring moments, I asked her,

“Ethel, do you know any psychologist?”

My shyness was getting the best of me and I wanted to do something about it.

Ethel recommended a psychologist and she said good words about her.

I called up the psychologist’s office and talked to her secretary.

“May I know how much is the consultation fee for one hour?”

The secretary gave me an amount. At that time, I was not yet into investing in myself the way I do now. I was also earning a small salary then.

“Can I consult for just 30 minutes for half the price?” I asked.

The kind secretary agreed and she booked an appointment for me.

Days prior to the consultation, I prepared and wrote down my questions.

The day I’ve been waiting for came. I walked into the office of Dr. Marissa.

“So Sha, tell me more about yourself,” Dr. Marissa began.

I looked at my notes as I struggled to answer that simple question. I can still clearly remember what Dr. Marissa advised me.

That advice sounded so simple and doable to me. I smiled and took her words to heart.

Anybody could have given that advice but the effect would not have been as effective as Dr. Marissa’s advice. Dr. Marissa listened to me intently. I felt her love and care. She was a professional psychologist. She knew what she was saying. Plus, I had skin in the game. I paid for that advice.

I heeded her advice. Every morning, I would read a book aloud for 10-15 minutes. As days went by, I became more and more comfortable with the English language. I was no longer intimidated by it. Words became familiar to me.

I became more and more comfortable talking with my officemates.

Sometimes, we are afraid of public speaking because we are afraid that we don’t know what to say. We’re not familiar with the words.

Thus, reading aloud will help you overcome this barrier. As you keep reading, you’ll familiarize yourself with the words and you’d hear yourself pronounce these words. If you want to be proficient in speaking in public using the English language, I encourage you to read a book written in the English language aloud for 10-15 minutes every day.

Hope this little story was helpful to you. 🙂

If you want to learn the secrets to  to captivating the attention of your audience and keep them engaged all throughout your talk, I have a treat for you.

Join us in our one-day Public Speaking Workshop dubbed as Speak to Inspire. This in partnership with SMX Academix and it is happening on July 28, 2018.

And here’s the exciting part. Early Bird rate saves you P500 plus you will get an autographed copy of #1 Amazon Best Selling book “Conquering Stage Fright.”

I wish you success and happiness!

As of today, we only have a few seats left. Save your seat now at http://seminarphilippines.com/speak 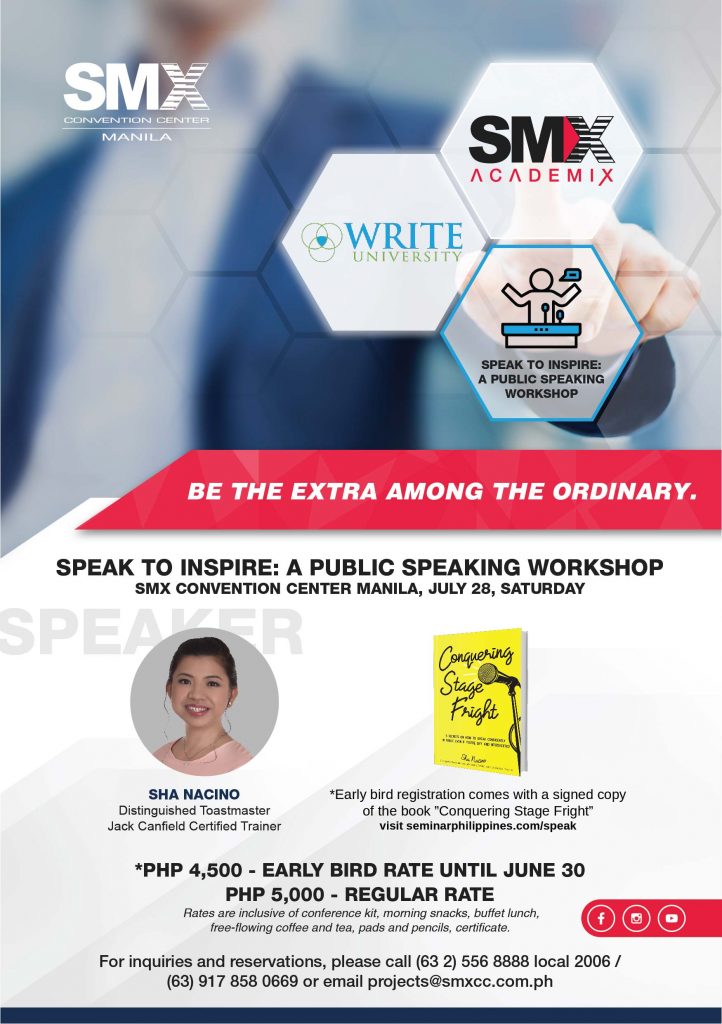 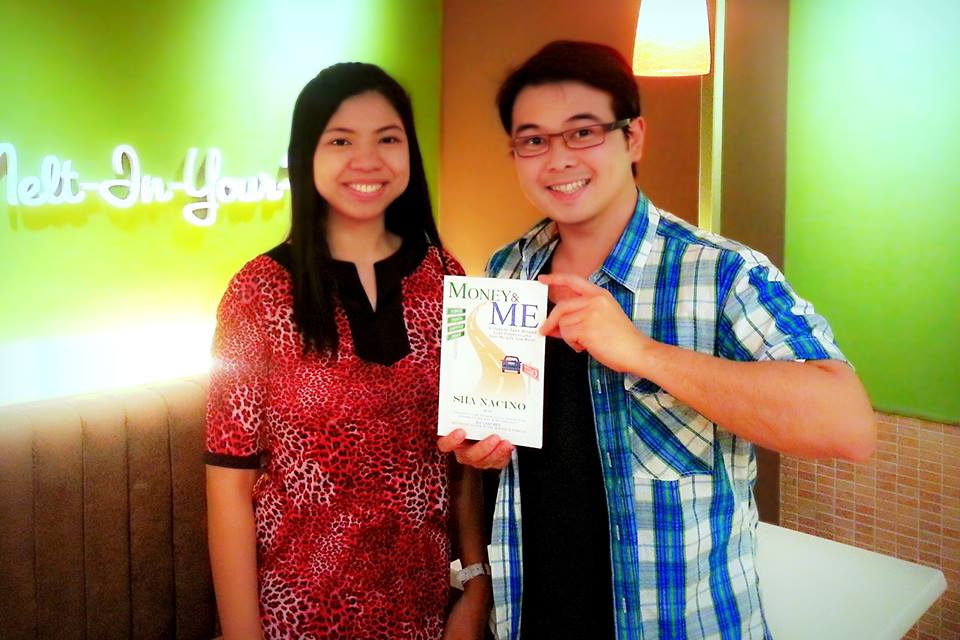 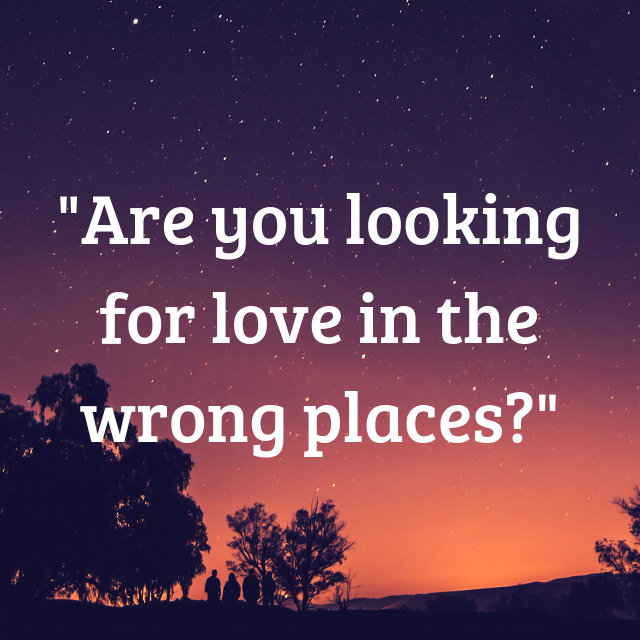 Are you looking for love in the wrong places? 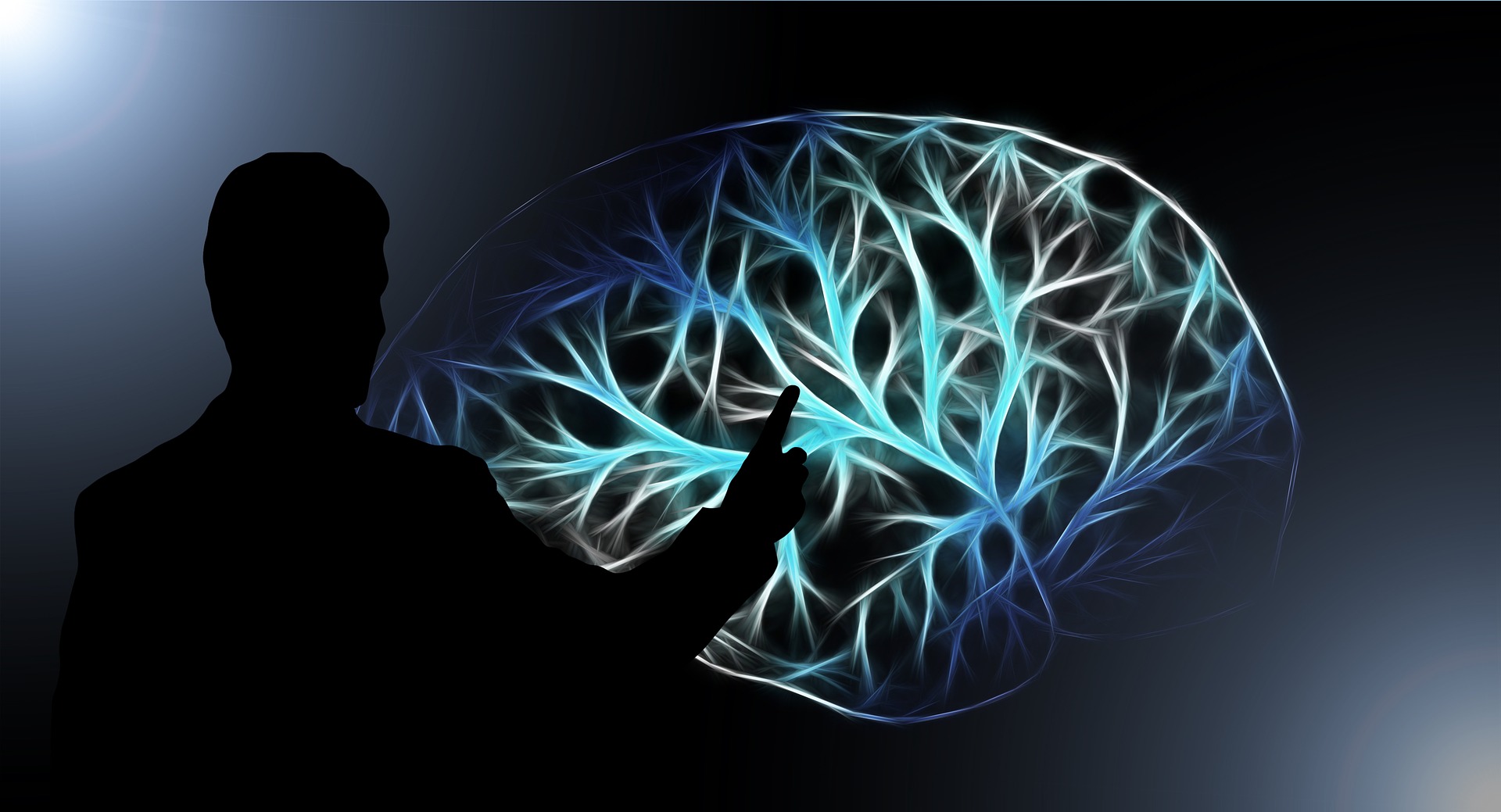 It only takes 5 minutes daily to be TRULY HAPPY